Oppo recently tweeted that they are also participating at MWC 2020 to launch its new smartphone Find X2 Series. But, before that, we found Oppo’s latest phone patent which showing a smartphone design with as many as seven cameras has surfaced on Chinese certification site CNIPA.

Recently Xiaomi’s new phone also seen with 7 pop-up camera and Nokia 9 PureView also have fice camera setup. But 7 camera setup is the first time we have seen in a smartphone.

We don’t have all the camera details for now, but we found some sources which shared some details about Oppo’s new 7 cameras phone.

Leaked design patent shows that Oppo’s new handset will have very compact camera design at the back.

As per the design patent, OPPO’s new phone has seven cameras can sport hexagonal or circular camera module at the back. The handset’s fascia, meanwhile, will sport an edge-to-edge display with waterdrop notch selfie camera. That means the phone has a total of eight cameras and the phone seems to feature seamless edges with no ports or buttons.

Below is the Vivo Apex 2019 Full hands-on video:

Below is the design patent preview : 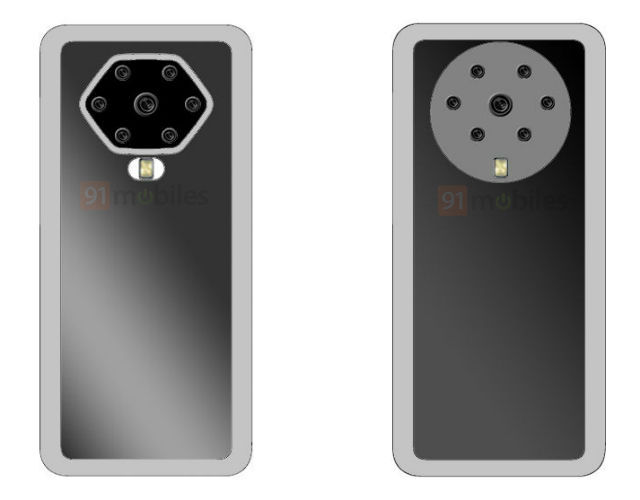 We also found this handset could be a flagship model and will have Snapdragon 865 SoC. Oppo’s this seven camera setup will allow OEMs to fit in an array of sensors, including the primary lens, depth unit, macro lens, ultra-wide lens, telephoto lens, 3D ToF lens, and periscope lens for zoom shots.